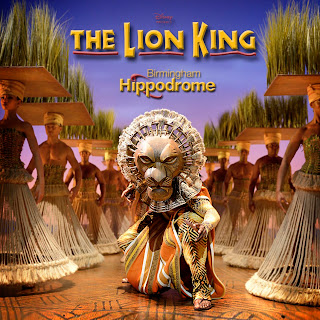 “Nants ingonyama bagithi baba…!” There comes a lion, oh yes, it’s a lion – in Birmingham! Disney’s 1994 movie about lion cub Simba and his rise to the responsibilities of manhood opened to critical acclaim on Broadway in 1997, London in 1999 and now the 20th staging of the show worldwide is a UK tour that arrived at Birmingham Hippodrome on Friday – playing for the next 13 weeks. 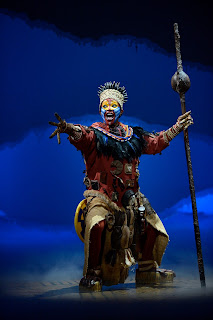 Of any of the shows you will see, the opening to The Lion King – The Circle Of Life is sure to be the most overwhelming experience you will ever have in a theatre. From the moment Rafiki calls out the birth of a future king set against the rising of the African sun, even the grown men are reduced to excitable children as a procession of animals fills the auditorium. As are the lyrics “there is far too much to take in here…” it’s true, everywhere you look there is something different to see. The opening five minutes alone are a breathtaking spectacle concluded with the loudest applause.

That isn’t to say that the rest of the production fails to live up to that standard, that is just the beginning and what follows is pure delight. Gugwana Dlamini is Rafiki, (male in the movie, female in the musical) the shamaness Mandrill Baboon and she completely captures the eccentric nature of this all-knowing character. Guiding us wonderfully through the story with humour and speeches in the most complicated Zulu tongue Dlamini’s performance truly is captivating and one that she has had 10 years to perfect in London, on the US Tour and in Singapore. Cleveland Cathnott is a strong and powerful Mufasa both in vocal and in presence who not only has a commanding aura but also can switch easily to the gentle, fatherly side of the king. Mufasa’s majordomo Zazu (Meilyr Sion) is in this production from Glasgow and the Scottish references and strong accent perhaps doesn’t suit the character as well as the archetypal English Zazu in the movie. This said, Sion’s performance and puppet operation of the Hornbill is transfixing. On the subject of puppets, the one that steals the show more than any other is Timon. A design based on traditional Japanese Bunraku puppetry, Timon is operated and voiced by John Hasler who together with Mark Roper as Pumbaa (who’s voice is incredibly accurate to the movie character) provide much of the comedy and their costumes and operation are a particular visual treat. The same can be said of Daniel Norford, Gbemisola Ikumelo, Philip Oakland in the roles of the hyenas Banzai, Shenzi and Ed – not to mention the energy that operating the full-body costumes must require. 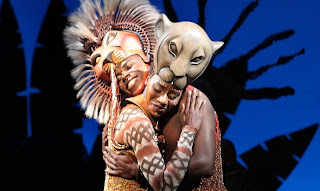 Carole Stennett is most impressive as the adult Nala. Nala sings one of the show’s most powerful songs Shadowland and Stennett captures the lioness’s coming of age with incredible vocal strength and is equally strong in performance throughout. Nicholas Nkuna is an equal counterpart as the adult Simba. Stephen Carlile is deliciously sinister in the role of Scar – the villain of the show who was met with boos aplenty during the curtain call… for the right reason of course. 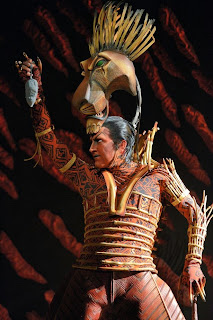 The role Young Simba was played by Joshua Cameron and Young Nala, Donica Elliston, both of whom gave a cute, energetic and feisty performance. (Performers in these roles change nightly.)

The Lion King is the best example of getting simple imagery so perfect that metaphorically and theatrically speaks volumes. A silk sheet being pulled into a hole in the stage floor to represent drought is just one striking example.  More often than not it is in the simplicity where the show is at it’s best.  Percussionists in the boxes give the auditorium a real 'surround sound' effect. The Lion King is timeless, and fans of the movie or West End production will not be disappointed, neither will a new generation discovering it for the first time. Although set in a Disney fantasy part of Africa, perhaps unnecessary mentions of IKEA, The Proclaimers and DIY SOS are a little misplaced in the savanna!

The Lion King is unique. One of the most well known stories is completely rediscovered here with fresh perspective. Being familiar with the Disney movie in no way ruins the surprises of the musical - in fact I think that going with a good knowledge of the movie does much to enhance your experience. Part of the fascination of The Lion King is realizing how Julie Taymor recreates the seemingly impossible scenes with complete artistic genius. The show is testament to the hundreds of people that work  tirelessly backstage to ensure a perfect performance. Seeing families smiling and beaming at the sights, people turning around and pointing at an elephant as it walks through the isle is forever memorable and so joyous. The fact that theatre can do that proves what a phenomenal experience it can be. There will always be another generation that are going to love the Lion King for years to come and you must make the most of the chance to see it in your hometown whilst you can. 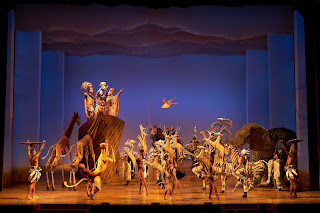 The Circle Of Life

Be prepared for no ordinary night at the theatre. Performances continue throughout the summer at Birmingham Hippodrome until 28th September 2013. Book here – it is time! 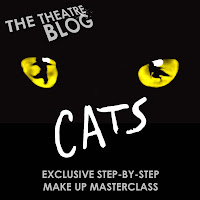 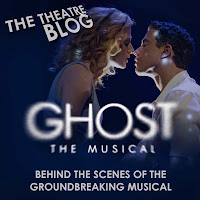 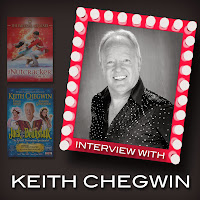